Given increasing price scrutiny, competition from generics, intensifying market competition among brand-name producers and rising research and development (R&D) expenses, many manufacturers have shifted their strategic focus to more lucrative therapy areas, such as rare diseases and oncology.

As a result, many operators pivoted their pipelines to rare diseases, in which low prescription volumes can be offset by high per unit costs and benefit from orphan drug exclusivity, which grants longer patent exclusivity in the United States and the European Union.

Revenue for the Brand Name Pharmaceutical Manufacturing industry has increased an annualized 2.7% to $205.0 billion over the five years to 2021, including an increase of 4.9% in 2021 alone.

However, despite strong revenue performance, industry operators have contended with a changing competitive landscape due to mounting competition from lower-cost generic drugs, biosimilars, and the patent expirations of several blockbuster drugs.

In addition, operators have also contended with increasing research and development (R&D) costs and intensifying price scrutiny. As a result, profit as a share of revenue has decreased over the past five years.

The Brand Name Pharmaceutical Manufacturing industry is expected to expand over the five years to 2026, despite intensifying market competition and increasing price scrutiny on branded products.

Still, the movement to provide low-cost drugs to a healthcare system that is acutely focused on containing rising costs is expected to dampen revenue prospects during the outlook period.

Consequently, industry revenue is forecast to rise at an annualized rate of 2.0% to $226.1 billion over the five years to 2026. Still, continued growth will likely spur new entrants, and as a result, price-based competition will likely persist, encroaching on industry profit.

Thus, profit is projected to decrease during the outlook period. In 2026, industry profit, measured as earnings before interest and taxes, is anticipated to comprise 6.0% of revenue. 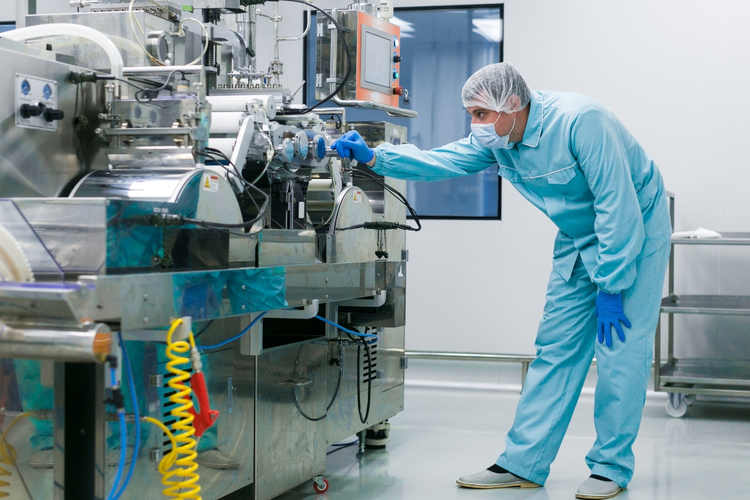 Pharmaceutical manufacturers develop prescription and over-the-counter products that are used to prevent or treat illnesses in humans or animals.

Brand-name drugs and medication have patent protection. This industry does not include nutritional supplements or cosmetic product manufacturers.

The industry of Brand Name Pharmaceutical Manufacturing has a modest level of capital intensity. Industry players put a large amount of money into production facilities, machinery, equipment, and information technology systems, among other things.

Furthermore, the sector is heavily regulated, and maintaining high-quality standards is critical for long-term success. To avoid contamination, active pharmaceutical ingredients (APIs) are continuously monitored throughout the manufacturing process.

To guarantee that the drug works effectively, the dose size must be constant and accurate, highlighting the need of investing in quality control technologies and process management systems. In 2021, the average operator will devote $0.21 to capital expenditures for every $1.00 spent on salaries.

The bulk of these jobs need a greater level of education, formal training, and prior experience, and so attract greater pay. Wages, in fact, are expected to account for 11.3 percent of average sales in 2021, making them the second-largest industry expenditure category and highlighting the business’s reliance on skilled personnel.

Capital intensity has grown somewhat during the five years to 2021, from an expected $0.20 in 2016. The manufacturing of pharmaceuticals, particularly branded drugs, is a highly concentrated domestic industry.

Since a result, capital intensity has stayed relatively constant over the last five years, as major operators have benefitted from consolidation through acquisitions in lowering capital expenditures. Similarly, as several pharmaceuticals continued to lose patent protection over time, industry operators trimmed their product portfolios.

Many companies are focusing their research and development efforts on biopharmaceuticals, which faceless generic competition than other types of medications.

Wages have stayed essentially steady, growing just little as a percentage of sales. Despite this, the average pay has remained quite high, since corporations have been forced to keep their research workers in order to produce new goods following the patent cliff.

Over the five years leading up to 2021, revenue volatility in the Brand Name Pharmaceutical Manufacturing business has been mild. The sector faces considerable revenue volatility due to a short patent cliff in 2015, previous to the current period, and predicted patent expirations for numerous blockbuster pharmaceuticals during the forecast period.

This also contributes to industrial revenue volatility with the change of the commercial value of the US dollar assessed by the trade-weighted index (TWI). For several pharmaceuticals, there are seasonal changes in the business. Seasonality influences demand for immunizations, cold and flu cures, and allergy treatments, for example.

Other items, such as pain relievers and drugs used to treat chronic illnesses, have a more consistent demand, which helps to counteract market instability. In addition, pharmaceutical wholesalers and retail chains frequently receive a part of a company’s income. As a result, changes in purchasing patterns occur as a result of changes in pricing, retail purchasing decisions, and general consumer demand.

The COVID-19 (coronavirus) pandemic has curtailed access to numerous retail sites, highlighting this dynamic. Despite this, industry revenue is predicted to rise 11.0 percent in 2020 alone, thanks to a collaboration between government health agencies and industry operators to produce coronavirus vaccines and treatments.